Welcome to the official review of Smackdown featuring the fallout from the Royal Rumble. My thoughts are below. 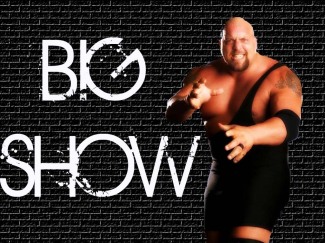 Teddy Long starts the show by announcing the participants for Elimination Chamber, who are Daniel Bryan, Big Show, Henry, Orton, Rhodes and Barrett. Mark Henry then makes his way in the ring and says that he deserves a one-on-one shot against the champ. Long taunts him by saying that he didn’t win the Rumble, and he isn’t getting a shot. Teddy removes him from the EC! Then, he “indefinitely suspended”.

Henry tries to attack Long when Sheamus and the security interrupt and send Henry to the back. Teddy then asks Sheamus what title did he pick. Sheamus says that he hasn’t chosen yet. He is interrupted by my man, Cody Rhodes. Rhodes’ cuts a pretty good promo saying that he’ll be remembered for the impressive performance in the RR, not Sheamus. He says that he will pull a Ultimate Warrior. Teddy makes Rhodes fight Sheamus.

A decent match to kick off SD wrestling wise with Rhodes and Sheamus. Rhodes loses by the Celtic Cross. Was this a tribute to Finlay? I don’t know. Anyway, short but sweet. They didn’t have to make Rhodes lose though, he is the Intercontinental champion.

Cody stays at ringside for the next match too.  Gabriel vs Hunico is the match following it. Before the match starts, Cody attacks Gabriel. Hunico and Camacho join the beat down. The Great Khali makes his way into the ring and sends those three to the back. What did he have to do with all this? Random.

Backstage, Long tells Drew to impress him in some other way, this way isn’t working. He thinks that the fact that Drew McIntyre is still employed is very lucky. Santino walks in and says that he got his new tag team partner and says that he will again face Primo and Epico, and the partner is Hacksaw Jim Duggan!

Since Yoshi-tino didn’t work, Santino got Duggan to take on Primo and Epico. Again, decent, but random match. They should have at least advertised the appearance of Duggan on SD. Anyway, Rosa distracts and Epico and Primo win.

Micheal Cole interviews Bryan, and he says that he was wrong about Bryan and how Bryan proved to the world when he defeated Show and Henry at the Rumble. Cole offers a handshake. Bryan takes the mic, but tells Cole to go outside. He then says that he is the most dominant champion ever, and he is healthier than the rest of the crowd just because he’s a Vegan. This is kind of like the Straight Edge thing Punk had. It’s good, though. He says that he’ll defeat all the five guys, and especially Show, whom he has dominated for the past few weeks. He then wants Show out of the match, otherwise he’ll personally ensure that Long is fired.

Show interrupts Bryan and then mocks his Vegan lifestyle. Show then says that he’ll win the title, and Bryan will still be a pompous, arrogant ass, but he’ll not be champ. He says that Bryan can’t escape. Bryan shoots back with a great response saying that Big Show is a loser and as you know, “once a loser, always a loser”. Show has had enough and tries to attack Bryan, but AJ, with a neck brace, makes the save. Then, Show was going for the WMD, but AJ grabbed his arm and let Bryan go outside. Bryan and AJ hugged. The crowd actually booed that. Hey crowd, quoting R-Truth, “don’t boo them, you should be booing yourselves”.

Beth and Natalya pick up the win over Aksana and Tamina via the Glam Slam. Afterwards, Natalya tries to lock in the Sharp Shooter when she gets splashed on by Tamina.

Great Khali replaces Henry at the Elimination Chamber. Either he is getting replaced by someone like Christian, or WWE have gone nuts. Khali can’t do shit in the Chamber.

Good match with Barrett and Viper to end the feud. How ironic it is, that it’s a Falls Count Anywhere match. I prefer the first match they had. On a side note, Randy’s ring work bores me. I know he’s supposed to be slow, and calculating, but everything has it’s limits.Randy wins via the RKO, though. Good that the feud ended.

Long informs Bryan backstage that next week, he’ll face Orton. Bryan says that he is not afraid by giants or snakes. He goes out to celebrate with the title while AJ and Long are backstage.